Notorious long before Doc Cox/Ivor Biggun was a twinkle in his father’s eye, songwriter and stride piano player Ben Light, master of the double entendre, recorded this song in 1941.  The film clip, however, appears to date from around 1950, model unknown.  Both video and music, which I discovered by chance in the Internet Archive when looking for another song of the same name, are in the public domain.

Cutting his teeth in vaudeville, Ben Light toured with Cliff Edwards in 1938; both artists made risqué party records in the 1930s and 1940s.

In the late 1940s and 1950s, Ben Light recorded fast-paced instrumental versions of pop standards for Tempo Records, Capitol Records and RCA. Ben died January 6, 1965 in Hollywood at the age of 72. 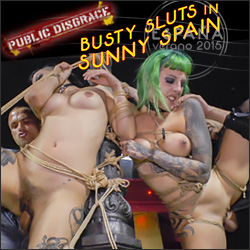